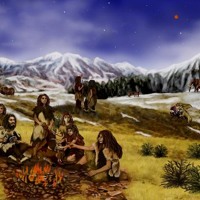 Neanderthals thrived in a large swath of Europe and Asia between about 350,000 and 40,000 years ago. They disappeared after our ancestors, a group referred to as “anatomically modern humans,” crossed into Europe from Africa.

In the past, some researchers have tried to explain the demise of the Neanderthals by suggesting that the newcomers were superior to Neanderthals in key ways, including their ability to hunt, communicate, innovate and adapt to different environments.

But in an extensive review of recent Neanderthal research, CU-Boulder researcher Paola Villa and co-author Wil Roebroeks, an archaeologist at Leiden University in the Netherlands, make the case that the available evidence does not support the opinion that Neanderthals were less advanced than anatomically modern humans.

via Neanderthals were not inferior to modern humans, says CU-Boulder study | University of Colorado Boulder.

There are still anthropologists who insist that the evidence for cognitive parity between Neanderthals and anatomically modern humans is scarce, but they seem to be increasingly drowned out by all those concluding that Neanderthals were very similar to us.  This article makes an excellent point that often Neanderthals are compared to humans living in much later times, and therefore more advanced times, in other words, comparing middle paleolithic Neanderthals to upper paleolithic humans.

It does seem increasingly evident that if Neanderthals were in front of us right now, that we’d regard them as people, not any kind of beast or semi-beast.  We may never know for sure though.