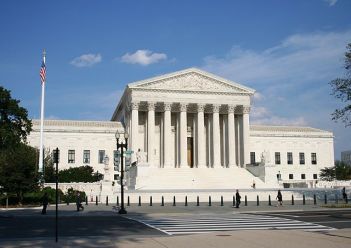 It’s been a good week for liberals.  The Supreme Court once again, in dismissing a ludicrous lawsuit, decided not to tank Obamacare, and in a historic decision, recognized the right of same sex couples to marry.  By any measure, the court has moved the country forward in a progressive way this week.

Yes, the court rarely takes away rights, but it you think it never happens, then google “Dred Scott” or “Plessy v. Ferguson”.

Many social conservatives are outraged.  They are enraged.  And it would be naive to think they will nurse their anger without future actions, that they will simply meekly retire and allow the broad sweep of history to move forward.

Remember, Supreme Court justices are nominated by the President and confirmed by the Senate.  Court nominees are some of the longest lasting legacies of any President and Senate.  Decades after their terms are done, their choices about who sits on the court influence American policy and society.  The current court has nominees from Ronald Reagan, 26 years after he left office.

All of which is to say, elections matter.  It’s easy to dismiss them when the politicians don’t seem to be arguing about things we care about, when they’re mired in petty sounding policy squabbles.  But the philosophy of those who win those elections have long lasting consequences.

If you have strong feelings about the court’s decisions this week, then pay careful attention to the reactions of the various Presidential candidates.  It would be naive to assume, should they become President, that those reactions wouldn’t be reflected in their future nominee choices.  Yes, nominees don’t always vote the way Presidents think they will, but most do.

By all means, celebrate this week’s decisions.  But then prepare to be vigilant.  Because these types of fights never completely end.  Just a couple of years ago, this same court scaled back the 1965 Voting Right Act, a fight many liberals thought was long over.

Pay attention to the next Presidential election.  And vote.  That vote could have repercussions for decades to come.

12 thoughts on “Great decisions by the court; now a caution”