Someone called my attention to an Aeon article by Craig Mod describing his abandonment of digital books, returning to the traditional paper variety. 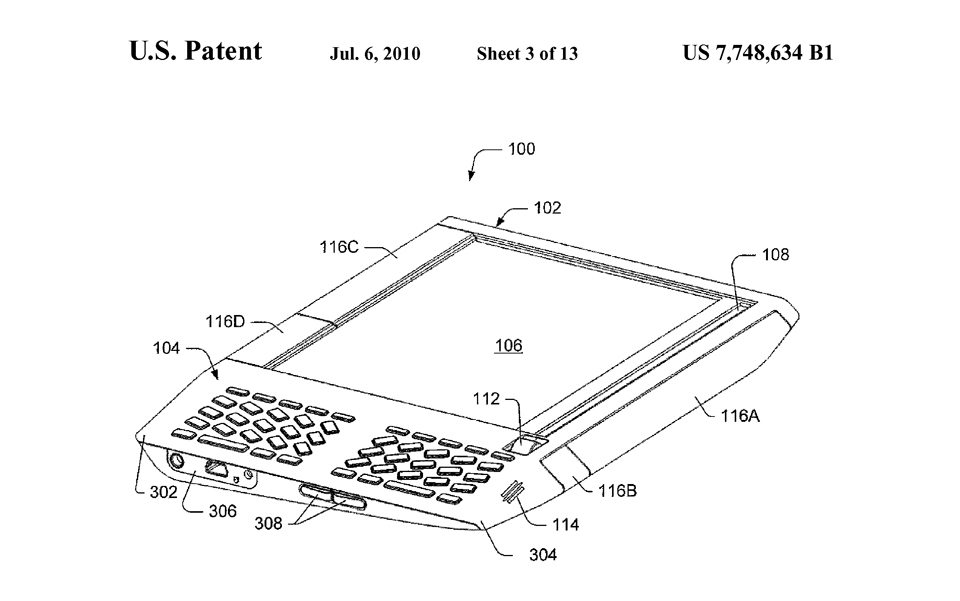 From 2009 to 2013, every book I read, I read on a screen. And then I stopped. You could call my four years of devout screen‑reading an experiment. I felt a duty – not to anyone or anything specifically, but more vaguely to the idea of ‘books’. I wanted to understand how their boundaries were changing and being affected by technology. Committing myself to the screen felt like the best way to do it.

I found this opening odd.  Mod took up digital readings because of a “duty”?  This, to me, is the wrong reason right from the outset.  It makes sense to read things digitally, instead of via paperback or hardback, not because you’re supposed to do it, but because it’s more comfortable, convenient, or pragmatic, not because you feel any obligation to.

Anyway, after describing the way the Kindle enhanced his reading experience, he discusses how things changed for him.

But in the past two years, something unexpected happened: I lost the faith. Gradually at first and then undeniably, I stopped buying digital books.

…As a consumer of digital books I feel delighted, but as a reader, I feel crestfallen. All of the consumption parts of the Kindle experience are pitch-perfect: a boundless catalogue, instant distribution, reasonable prices (perhaps once too reasonable, now less so with recently updated contracts).

…Take for example the multistep process of opening a well-made physical edition….The object – a dense, felled tree, wrapped in royal blue cloth – requires two hands to hold. The inner volume swooshes from its slipcase. And then the thing opens like some blessed walking path into intricate endpages, heavystock half-titles, and multi-page die-cuts, shepherding you towards the table of contents. Behbehani utilitises all the qualities of print to create a procession. By the time you arrive at chapter one, you are entranced.

Contrast this with opening a Kindle book – there is no procession, and often no cover. You are sometimes thrown into the first chapter, sometimes into the middle of the front matter. Wherein every step of opening The Conference of the Birds fills one with delight – delight at what one is seeing and what one anticipates to come – opening a Kindle book frustrates. Often, you have to swipe or tap back a dozen pages to be sure you haven’t missed anything.

I can sort of see where Mod is coming from.  For decades, I often enjoyed the experience of opening and holding physical books, particularly ones that were well made.  Except that most of the physical books I actually read were trade paperbacks, where the experience was decidedly more pedestrian.  And, at least to me, all of that pales in comparison with the ease and convenience of digital reading.

Back in 2009, I started with the Kindle 2, and after a year or two of tentative experimentation, pretty much switched wholesale to reading electronically.  These days, most of my book reading is via the free Kindle app, which I use on an iPad when at home, or from my iPhone when out and about.  Sometimes, I use the Kindle cloud reader to read from a laptop or desktop computer.

What makes this super convenient is that my position in any book that I’m reading stays synchronized across all of these devices.  And, as Mod described, acquiring a book I’m interested in can now be done in seconds.  (Although I’ve found that it definitely pays to read the almost universally available preview chapters prior to actually shelling out money.)

It’s also extremely convenient to be able to look up the definition of any unfamiliar word or phrase, or to google details on a concept I come across in reading.  And if I’m looking for a particular passage in a book, full text searches save enormous time over the old and often incomplete indexes that were only occasionally available in nonfiction books, and never in fictional ones.

I’ve reached the point where virtually all of my reading is done digitally.  The only time it isn’t is when I want to read something that, for one reason or another, isn’t available electronically, then I might begrudgingly order a physical copy.  The idea of going back to physical books is, for me, like returning to reading scrolls.

Aside from personal convenience, digital publishing has largely created a new industry of indie published books.  Yes, a lot of what’s being put out there is junk, but a lot of it is competent well written stuff, and some of it is brilliant.  Just this week, I read three ebooks on writing, books that probably wouldn’t have existed without the Kindle platform, or if they did, would have been extremely difficult to find.

There are still plenty of people who thumb their noses at indie books, but then people used to thumb their noses at the 19th century penny dreadful novels and 20th century pulp magazines.  There was always a lot of dreck in the old pulps, but a lot of classics emerged from them.  And many genres today, such as fantasy, science fiction, superheroes, and hard boiled detective stories, largely developed in the pulps, with major writers such as Isaac Asimov, Robert Heinlein, Jack Vance, and many others developing their craft in them.

Over the decades, these old magazines have largely disappeared, a victim of shifting markets as the proportion of the reading population declined, largely due to the rise of competing forms of entertainment such as television, video games, home video, cable channels, and the internet.  As the economics caused the outlets for published works to shrink and consolidate to a few large publishing houses, it became increasingly difficult for aspiring writers to get published.  Indeed, a few short years ago, getting published was about as likely as breaking into show business, requiring not only talent but also an enormous amount of luck.

Digital publishing has resurrected the pulp layer of writing, one that I think is much needed for a healthy publishing ecosystem.  Authors now have a new proving ground similar to the old magazines and penny dreadfuls, readers have access to a lot more writing, including more experimental works, and traditional large scale publishers can now assess a prospective author’s selling potential by looking at their actual sales history as an indie author.

And publishing snobs should remember that the current hit novel and movie, ‘The Martian’, started as a self published book.  As did ‘Fifty Shades of Grey’ and many other hits from the last few years.  You might regard these books as hopelessly low grade entertainment, but I’d argue they’re no lower grade than a lot of stuff that got published traditionally.

All of which is to say, that I hope digital publishing and reading are here to stay.  For me, returning to the world of only paper books, with a handful of large publishing houses acting as the gatekeepers to what gets published, is a bleak and depressing proposition.

Yes, the new paradigm isn’t problem free.  I do occasionally worry about what happens to my book collection  (or increasingly my video collection) if Amazon tanks, and I wish they and other online retailers did a better job policing their customer ratings.   (A depressing number of the ratings are obviously purchased.  Amazon is making some highly publicized attempts to combat it, but it’s not clear how well it’s working.  Again though, previews are your friend.)

But to me, the solution to problems with the new paradigm is to find ways to improve it, not to retreat to forms we find comforting only because they are centuries old.  If our ancestors had done that, we’d still be reading clay tablets.

34 thoughts on “The odd animosity toward ebooks”