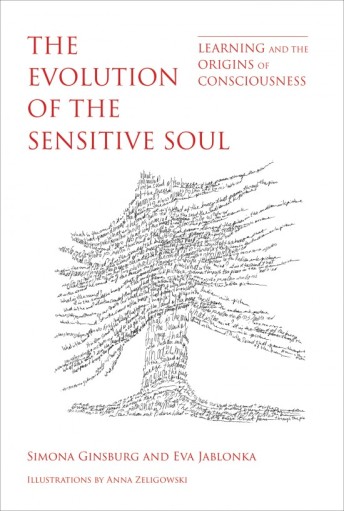 I’m still working my way through Simona Ginsburg and Eva Jablonka’s tome: The Evolution of the Sensitive Soul.  This is the second post of a series on their book.  I’m actually on the last chapter, but that last chapter is close to a hundred pages long, and the book’s prose is dense.  Light reading it isn’t.

Still, it includes a vast overview of the study of consciousness and the mind, not just in contemporary times, but going back to the 19th century and beyond.  For anyone looking for a broad historical overview of the scientific study of the mind, and is willing to put in some work to parse the prose, it’s worth checking out.

Even having defined this scope however, there remains lots of room for different interpretations.  In an attempt to more precisely define the target of their investigation, they marshal information from contemporary neurobiology and cognitive scientists, along with their theories, to describe seven attributes of minimal consciousness.

G&J refer to this as “the emergentist consensus.”  It seems to pull ideas from global workspace theory, various recurrent loop theories, Damasio’s theories of self and embodiment, and a host of other sources.

It’s important to note that these attributes aren’t free standing independent things.  They interact with and depend on each other.  For example, for a sensory image to be consciously perceived (4), it must achieve (1) global availability by winning (3) selective attention by (2) binding, which results in (5) temporal thickness and strengthens the plasticity aspect of (3).  This process may trigger a reaction which goes through a similar process to achieve (6) value.  All with (7) as a constant underlying hum, subtly (or not so subtly) stacking the deck of what wins (3).

So that’s G&J’s target.  Their goal is to identify functionality, capabilities which demonstrate these attributes in particular species.  Their focus is on learning capabilities, which I’ll go into in the next post.

What do you think about these attributes?  Do they strike you as necessary and sufficient for minimal consciousness, the “sensitive soul”?  Or are they too much, bringing in inessential mechanisms?

21 thoughts on “The seven attributes of minimal consciousness”