Understandably, a lot of people continue to be upset about the results of this election.  One thing that keeps coming up in my feeds are people advocating for the electoral college to change that result.  The idea is that if 37 Republican electors can be convinced to change their vote, Trump can be prevented from getting into the Oval Office.  While I can understand the sentiment, I think focusing on this is a mistake.

First, the chance of success is vanishingly small.  Convincing 37 hyper-partisan Republican electors not to vote for the official Republican candidate is the longest of long shots.  You might succeed in pulling a few, maybe, but 37 is pretty hard to imagine.  And even if you did, it’s highly unlikely they’d vote for Clinton.  At best, they’d go for other Republicans, which would just throw the election into the Republican dominated House of Representatives.

A lot of people advocating for this seem to hope that the Republicans in the House would vote for whichever Republican alternate came in third in the electoral vote, but how likely is that really?  Republican leaders know that any person elected that way would be extremely damaged goods.  And I suspect any such candidate with any sense would quickly withdraw themselves from consideration.  The House would almost certainly confirm Trump.  (It might be worth it if the Republicans realized how undemocratic the electoral college is and this scenario motivated them to help abolish it, but that seems like a big ‘if’.) 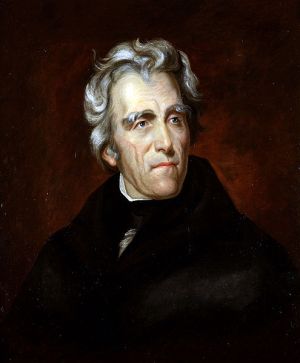 But let’s say it did work and someone other than Trump was elected.  The thing to think about is, what happens next?  For an idea, I invite you to read about the election of 1824.  In that election, there was a combative populist candidate that many educated people feared, Andrew Jackson, and a more establishment candidate, John Quincy Adams.  Jackson got a plurality of the electoral college but not a majority, so the election went to the House, which elected Adams.

It’s not really possible to know exactly how much support Jackson had in 1824 since there weren’t opinion polls in those days, and only a fraction of the population was able to actually vote in the 1824 presidential election.  What we can say though, is that people were outraged, and  Jackson immediately started running for the 1828 election.

That next election would be one where the number of people who could vote for the president (or more precisely, the electors) would increase dramatically.  And after four years of relentlessly attacking the Adams administration, particularly pushing a narrative of aristocrats having stolen the election in 1824 in a “corrupt bargain”, Jackson won the 1828 election in a landslide, this time with a definite mandate, and went on to serve two terms.

Jackson is a sobering historical comparison to Trump, because backed by the working class of his day, he did some pretty awful stuff.  He got the Indian Removal Act passed, which led to the infamous Trail of Tears.  When the Supreme Court made a ruling against the way native Americans were being treated, Jackson brazenly ignored it.  Trump’s attitudes toward immigrants resonates a little too close for comfort with Jackson’s attitudes toward native Americans.

Jackson instituted the spoils system of federal job patronage.  Today we’re used to top administrative jobs being political appointees, but Jackson made pretty much every civilian federal employee a political appointee.  The result was a federal workforce brimming with people who weren’t competent in whatever job they had received.   This state of affairs wouldn’t get corrected until the creation of the federal civil service several decades later.

Jackson also got into a feud with the head of the Second Bank of the United States (who was admittedly, if I recall correctly, something of a jerk) and ended up vetoing the renewal of that bank, leaving the United States without any central banking authority until 1912, and even then that authority wasn’t effective until the 1930s.  In other words, Jackson arguably damaged the economy of the country for a century.  To be fair, Americans’ inherent distrust of banks stopped that mistake from being rectified for generations, but Jackson’s treatment of central banking probably added a weight to that fear it might not have otherwise had.

In his ongoing feud with the then dying Second Bank, Jackson withdrew all federal deposits from it, and then issued the Species Circular, an executive order requiring that all payment from the government to be in gold or silver.  The resulting monetary shock led to the Panic of 1837 and an economic depression that his chosen successor, Martin Van Buren, had to contend with.

Anyway, the point is that denying Jackson the Presidency in 1824 turned him into a victim of the establishment and arguably made him much stronger.  Would the same thing happen if Trump were denied the Presidency by similar machinations?  It’s hard to say, but right now Trump can’t claim too much of a mandate since he lost the popular vote.  Making him a victim might metastasize his support for 2020 into something far more powerful.

In other words, be careful what you ask for.

Another tactic being advocated for Democratic electors is for them to vote for someone other than Clinton.  The idea is that this might outrage people enough to generate a will to do something about the electoral college.  This strikes me as the loser of the game punching themselves in the face in a bid to change the rules.  It doesn’t seem like something the winner, the Republicans, will care about.  Being twice now the beneficiary of an electoral college / popular vote mismatch in the last twenty years, the Republicans have little incentive to change things.

I think people on the left have to deal with the reality of a President Trump and Republican domination of the federal government for at least the next two years.  But as Ezra Klein pointed out, Democrats should remember that they’re not in the minority in this country.  As of this post, Clinton is ahead in the popular vote by over two million votes, and more people voted for Democratic Senators than Republican ones.  (Although admittedly the Republicans did get more votes in the House races.)

And Trump remains a deeply unpopular figure.  Democratic opposition to his more loathsome policies needs to conducted with that in mind.  As Luigi Zingales points out in his New York Times piece, using lessons from the long running but inept opposition to Italian populist Silvio Berlusconi, opposing Trump by focusing on his personality is a losing strategy.  The opposition to Trump should be based on where he’s weakest, on his policies and how they affect people.

Trump really doesn’t have a mandate.  The opposition should be careful not to deliver one to him.