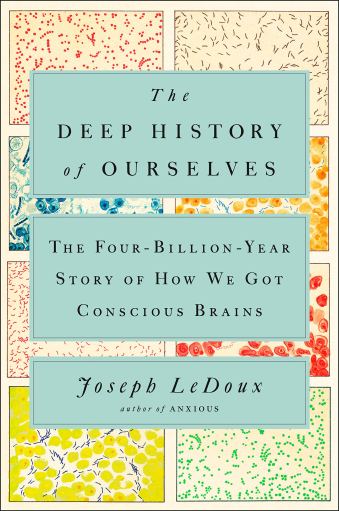 In the last post, I mentioned that I was reading Joseph LeDoux’s new book, The Deep History of Ourselves: The Four-Billion-Year Story of How We Got Conscious Brains.  There’s a lot of interesting stuff in this book.  As its title implies, it starts early in evolution, providing a lot of information on early life, although I didn’t find that the latter parts of the book, focused on consciousness and emotion, made much use of the information from the early chapters on evolution.  Still, it was fascinating reading and I learned a lot.

In the Nautilus piece I shared before, LeDoux expressed some skepticism about animal consciousness being like ours.  That seems to be a somewhat milder stance compared to the one in the book.  Here, LeDoux seems, at best, on the skeptical side of agnostic toward non-human animal consciousness.  The only evidence for consciousness he sees as unequivocal is self report, which of course only humans can provide.

In the last post, I laid out the hierarchy I usually use to think of cognitive capabilities.  LeDoux has a similar hierarchy, which he discusses in a paper available online, although his is focused on types of behavior.  Going from simpler to more sophisticated:

On first review, I was unsure about the distinction between action-outcome and deliberative action.  Action-outcome seems like simply a less sophisticated version of deliberative action, particularly since episodic memory and imagined future scenarios are reputed to use the same neural machinery.  It seemed like just different degrees of what I normally label as imaginative planning.

But on further consideration, I can see a case that simply remembering a past pattern of activity and recognizing the same sequence, is not the same thing as simulating new hypothetical scenarios, specific scenarios that the animal has never experienced before.  Put another way, deliberative actions require taking multiple past scenarios and combining them in creative new ways.

(This seems to contrast sharply with Feinberg and Mallatt in The Ancient Origins of Consciousness, who cite numerous studies showing instrumental learning in fish, amphibians, and reptiles.  One of the things I’m not wild about LeDoux’s book, is that while he has bibliographic notes, they’re not in-body citations,  making it very difficult to review the sources of his conclusions.)

Deliberative action, on the other hand, LeDoux only sees existing in primates, with humans taking it to a new level.  Apparently in this hierarchy, consciousness only comes into the picture with the most sophisticated version.  I think “consciousness” in this particular context means autonoetic consciousness, that is, introspective self awareness with episodic memory.

(Endel Tulving, the scientist who proposed the concept of autonoesis, doesn’t see episodic memory developing until humans.  However, there is compelling behavioral evidence that it developed much earlier, and is in, at least, all mammals and birds,  although it’s admittedly far more developed in humans.)

On emotions, LeDoux starts by bemoaning the terminological mess that exists any time emotions are discussed.  He reserves the word “emotion” for conscious feelings, and resists its application to the lower level survival circuitry, which he sees as non-conscious.  He points out that a lot of published results which claim to show things such as fear in flies, are actually just showing survival circuit functionality.  He sees survival circuits as very ancient, going back to the earliest life forms, but emotions as relatively new, only existing in humans.

LeDoux’s views are similar to Lisa Feldmann Barrett’s constructive emotions theory, and contrast with views such as Jaak Panksepp, who saw consciously felt emotion in the lowest level survival circuits.  Barrett also sees emotions only existing in humans, although she makes allowances for animals to have affects, simpler more primal valenced feelings such as hunger, pain, etc.  I’m not sure what LeDoux’s position is on affects.  He doesn’t mention them in this book.

My views on all this is that I think LeDoux is too skeptical of animal consciousness.  It doesn’t seem like a human without language could pass his criteria.  However, as always, this may come down to which definition of “consciousness” we’re discussing.  Human level consciousness includes introspective self awareness and far wider ranging imagination, enabled by symbolic thought such as language, than exist in any other species.  If we set that as the minimum, then only humans are conscious, but many will see that as too stringent.  In particular, I think a case could be made that it’s far too stringent for sentience.

On emotion, I do think LeDoux is right that the lower level survival circuitry, the reflexes and fixed reaction patterns in subcortical regions, shouldn’t be thought of as feeling states.  This means we shouldn’t take defensive behaviors in simpler animals as evidence for fear, or aggressive behavior as evidence for anger.

On the other hand, I think he’s wrong that feeling states don’t come around until sophisticated deliberative processing.  It seems like any goal-directed instrumental behavior, such as selecting an action for a particular outcome, requires that there be some preference for that outcome, some valence, input from the lower level survival circuits to the higher level ones that decide whether to pursue a goal or avoid an outcome.

This might be far simpler than what humans feel, perhaps only meeting Barrett’s sense of an affect rather than what Barrett and LeDoux see as the full constructed emotion, but they should be felt states nonetheless.  By LeDoux’s own criteria, that would include any animal capable of instrumental behavior, including mammals and birds.  Admittedly, there’s no guarantee these felt states are conscious ones, but again, definitions.

Comparing LeDoux’s book to Feinberg and Mallatt’s, I’m struck by how much of the disagreement actually does come down to definitions.  The real differences, such as which species are capable of operant / instrumental learning, seem like they will eventually be resolvable empirically.  The differences on consciousness, may always be a matter of philosophical debate.

What do you think of LeDoux’s various stances?

Update 9-11-19: The statement above about LeDoux seeing instrumental learning only in mammals and birds isn’t right.  Please see the correction post.

119 thoughts on “Joseph LeDoux’s theories on consciousness and emotions”