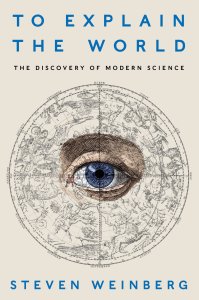 The portion of the excerpt that spoke most clearly to me was this passage near the end:

Science is not now what it was at its start.  Its results are impersonal.  Inspiration and aesthetic judgment are important in the development of scientific theories, but the verification of these theories relies finally on impartial experimental tests of their predictions.  Though mathematics is used in the formulation of physical theories and in working out their consequences, science is not a branch of mathematics, and scientific theories cannot be deduced by purely mathematical reasoning.  Science and technology benefit each other, but at its most fundamental level science is not undertaken for any practical reason.  Though science has nothing to say one way or the other about the existence of God or the afterlife, its goal is to find explanations of natural phenomena that are purely naturalistic.  Science is cumulative; each new theory incorporates successful earlier theories as approximations, and even explains why these approximations work, when they do work.

I’m looking forward to this book.  As my long time readers know, I have a special interest in the history, philosophy, and methods of science, so I’ve already pre-ordered this one.  It comes out on February 17.